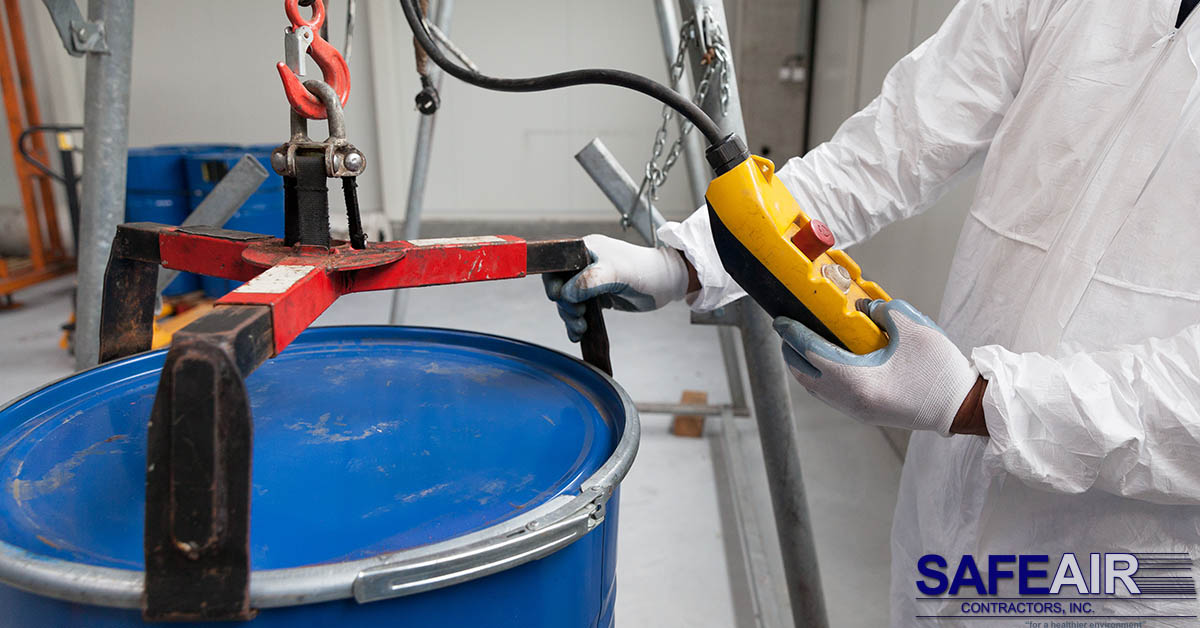 As the top Youngstown hazardous waste company, we here at SafeAir Contractors have experience with just about every type of hazardous waste you can imagine. Today, though, we want to share a few things that are important for everyone to know – whether they handle hazardous waste themselves or not.

1. Hundreds of Millions of Tons of Hazardous Waste Are Thrown Out Annually

As of the end of August, over 254 millions of tons of hazardous waste have been thrown out during 2019. That’s the same weight as around 200 Airbus A380’s. TWO HUNDRED. It’s a shocking statistic, but not as shocking as just how much hazardous waste we produce annually…

3. What a Difference a Generation Makes

4. The Oceans Are Becoming a Dumping Ground

5. We Are Not Recycling or Reusing Enough Materials

Like all waste, there are some types of hazardous waste materials that can be reused and recycled. Reuse and recycling is a great way to reduce our overall waste and reduce the amount of waste that is contaminating our environment. Amazingly, though, only around 1/3 of the hundreds of millions of tons of trash we produce annually is being put to reuse.

6. Hazardous Waste Removal Companies Can Help to Reduce the Impact Of Our Waste Disposal

7. Hazardous Waste Can Be Reused For Energy

8. You Can Reduce Your Hazardous Waste Production Through Other Programs Too

Do You Need Assistance With Youngstown Hazardous Waste?

If you live in Youngstown and need help dealing with hazardous waste, we can help. Our team of professionals here at SafeAir Contractors have been providing environmental remediation services in the area for close to thirty years and would be happy to help you! Just give us a call today at 440-639-1191 to see how we can help you.